About the Life with Spirit Foundation

The Life with Spirit Foundation web site was created in 2008 by the Lane Baldwin, a multi-talented musician, writer and business consultant. The continuation and extension of Lane’s efforts over the past three decades, the foundation’s work focuses on creating stronger community bonds through its financial and material support of various projects.

Lane believes it’s important to walk the walk before talking the talk. That’s why we put our actions before our words. Now that Lane is in California, he has put together the beginnings of a team to help him in his work. In 2015, we hope to mount a food/donation drive for a local food bank (under the Foodstock banner), capped by an all-day concert event.

A Message for Everyone

While Lane is a Christian, we do NOT promote religion, much less a specific religion. What we do promote is living a positive, spiritually-based life. Our goal is to promote (and live by) the teachings that are common to most life ways, as a means of creating new bonds among all people, strengthening existing bonds, and encouraging all people to work together to solve society’s problems and create a better society for all. We welcome all people, regardless of faith or life way, color, creed or origin.

Principal funding for the Life with Spirit Foundation is provided by Lane himself, but the foundation also gratefully accepts donations of any amount. All donations go directly to our projects – with nothing taken for administration, salaries, supplies, or anything else. When a person contributes to the Life with Spirit Foundation, 100% of that donation will go to those in need.

At present, donations are NOT tax deductible. However, we are in the process of securing full non-profit status, which we hope to complete in early 2015. For those making larger donations who need a receipt, we can work with you to direct your donation to the proper organization.

An Evening with Lane

Lane Baldwin has written and spoken about positive living and spirituality for almost twenty-five years. His main message is to seek common ground with others, and work together to create a better society, beginning at the community level but also expanding to global efforts. Now, he has added music to many of his appearances, either with his all-star band, or simply as a solo performer. Lane offers programs ranging from workshops and keynotes (and MC duties), either with or without music, to full-fledged concerts that are all about the music.

As Lane begins to tour the US (and the world) we continue to seek opportunities to bring Lane’s message to religious/spiritual institutions, business and government organizations, civic groups, schools and more. To explore the options available to your organization, click here to send an email. 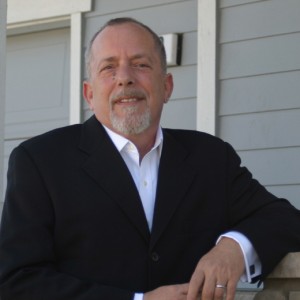 Lane Baldwin happily leads a double life as an internationally-acclaimed singer, songwriter and bass player, and as a leading champion of servant-leadership. As a musician, he has toured the world with numerous top artists, and with his own band, Deeper Blues. His first solo CD – The View From Here – will be released in 2014.

As a writer, speaker and consultant, Lane is a leading authority on servant-leadership, the cornerstone of all humanistic management philosophy, with several publishing credits, including a 4-chapter essay in recently released Fortuitous Encounters. He also is a trustee of the Spears Center for Servant-Leadership, headed by the world’s foremost living authority on the subject, Larry Spears.

Four years ago, Lane formalized the charity work he had done for the previous three decades by creating the Life with Spirit Foundation, and its first project, Foodstock Charities. The charter chapter was in East-Central Illinois; over it’s life, the organization raised over $40,000 in food and donations for the local food bank, and served almost five thousand free monthly meals. Its volunteer crew had almost one hundred faces, and included two local girl Scout troops, a ladies’ club, and several churches.

For more than forty years Lane has studied theology and belief systems from around the world. He has traveled to every continent save Antarctica, researching and studying with spiritual teachers, ministers and  clergy from numerous faiths. This work led Lane to the understanding that most religions and life ways have common core teachings. When distilled to their essence, these teachings tell us to “live in harmony” with others, to find our fulfillment in the service of others and in living a spiritual life. Lane’s understanding of the nature of the Sacred and our place in creation are the philosophies that drive our work.

At the same time, Lane has studied Christian teachings and texts, meeting with hundreds of clergy from virtually every denomination. He has spent decades studying the original scrolls, working with language and theology experts to better understand the teachings of Jesus in their original form. In 2009, he accepted ordination as a non-denomintional minister, along with an honorary Doctorate of Divinity acknowledging his decades of research.

A member of the Council of Equals (board of trustees) for the Spears Center for Servant-Leadership, Lane is also an avid promoter of servant-leadership, advocating it as the best philosophy to guide businesses, organizations and society as a whole. For the past four years, he has worked closely with Larry Spears, the world’s foremost living authority on servant-leadership.

In 2005, Lane’s essay A Gift of Spirit was included in Chicken Soup to Inspire the Body & Soul®, part of the best-selling book series of all time. In 2010, his essay Learning Servant-Leadership from Native Amreica – Again – which compared servant-leadership to indigenous leadership – was included in The Spirit of Servant-Leadership, the latest in  a series of anthologies edited by Larry Spears. This essay is also a focal point of the Spears’ university courses on servant-leadership. His latest offering comprises four chapters in Fortuitous Encounters, edited by Paul Davis and Larry Spears (2012, Paulist Press).

In addition to his work with the foundation, Lane is also an internationally-acclaimed singer, songwriter and muscian with more than three decades of touring and recording to his credit. He also maintains Bass Lessons HQ to teach aspiring bassists, and Manly Kitchen, a web site to showcase his love of cooking.

A Note from Lane Baldwin

Thank you for your interest in our work. I hope and pray that others will find something useful in what we do. I won’t pretend to have the ultimate answers to the questions we all ask; nor will I pretend to be a model person – because I’m not. But I’d like to believe that I’m moving in the right direction. I’m learning, on an daily basis, to be a better person, to become more attuned to the spiritual energy that drives this universe. And I’m still learning.

It’s been an interesting road, to say the least. I often look back and am amazed at how lucky I am to have lived most of my life doing what I love. I hope that each reader will get something useful out of their visits here, and that our work may in some small way contribute to the realization of a better, more spiritually-focused world.

May you live your life well, with love in your heart, and service to others on your mind. May you live each day focused on being the best possible version of you. In other words, may you live a life with Spirit!