Thoughts on the Newtown Tragedy 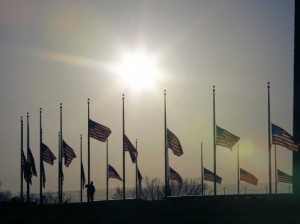 Like many of you, I am devastated by the senseless tragedy that occurred yesterday in Newtown, CT. I am still working through my emotions, and I don’t know if I’ll ever be able to say I’m done. I’m appalled at the violence rained upon children. But I am also very unsettled by how the media is covering it, and the conversations that it has spawned.

I will refrain from talking about the gun control debate because, although I think gun violence is a major problem in the US (and other parts of the world), I don’t think gun control (or lack thereof) is the root of he problem. Neither do I believe that not allowing a morning class prayer in school was the cause, as some have suggested. Personally, I believe that one of the major causes is that our society has turned away from spirituality in favor of consumerism. I also believe that how the media deals with these tragedies is a serious problem, as is our willingness to promote violence and aberrant behavior on TV and in movies is part of it.

Obviously, that’s a lot to deal with, and it’s far more than can (or should) be covered in a single post. But I do feel it’s important to consider each of the points above, and I encourage you to do so. For now, however, I’d like to confine myself to one point: the way this tragedy is being covered by the media. And I think the best way to do that is to offer something I saw on Facebook today.

Originally, the following comments were attributed to Morgan Freeman. It turns out to be false, according to his publicist. Nonetheless, because I think it says it so well, I’d like to quote the entire excerpt as I read it:

Turn off the news

You want to know why. This may sound cynical, but here’s why.

It’s because of the way the media reports it. Flip on the news and watch how we treat the Batman theater shooter and the Oregon mall shooter like celebrities. Dylan Klebold and Eric Harris are household names, but do you know the name of a single *victim* of Columbine? Disturbed
people who would otherwise just off themselves in their basements see the news and want to top it by doing something worse, and going out in a memorable way. Why a grade school? Why children? Because he’ll be remembered as a horrible monster, instead of a sad nobody.

CNN’s article says that if the body count “holds up”, this will rank as the second deadliest shooting behind Virginia Tech, as if statistics somehow make one shooting worse than another. Then they post a video interview of third-graders for all the details of what they saw and heard while the shootings were happening. Fox News has plastered the killer’s face on all their reports for hours. Any articles or news stories yet that focus on the victims and ignore the killer’s identity? None that I’ve seen yet. Because they don’t sell. So congratulations, sensationalist media, you’ve just lit the fire for someone to top this and knock off a day care center or a maternity ward next. 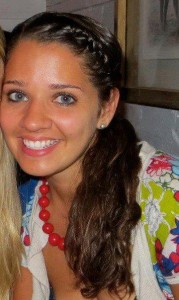 Now, I’d like to follow that advice. Instead of talking about the perpetrator, I’d like to focus on the victims. One we are hearing a lot about is one of the courageous teachers who gave their lives to save the children in their care. Her name is Victoria (Vicki) Soto. This brave woman ushered her students into a closet, then put herself in front of the door, even when the gunman threatened her. She was shot and killed doing everything she could to protect the children. She is a true hero, and deserves to be remembered far more than the shooter. You can read more about what she did here. As I said, she is only one of the teachers that become fallen heroes, and I encourage you to learn as much as you can about all of them.

So we don’t forget too quickly, here is a full list of those who lost their lives at Sandy Hook Elementary:

I pray that God will have mercy on the victims of this senseless, needless tragedy. I pray He will offer comfort and healing to their families, friends, and the entire community of Newtown. And I pray that we will work toward real solutions to the underlying problems in our society that make things like this possible.

May the good Lord keep you and yours, and bless you always,

3 Responses to Thoughts on the Newtown Tragedy