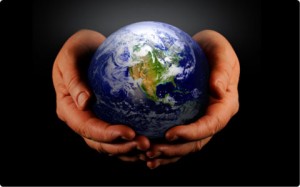 Yesterday, a friend on Facebook posted a comment that began with wondering why she was here. As in, “what is the reason for my life?” My response was about service to others, and I’d like to expand on that in this post.

To me, our call to service is the foundation of our lives, bringing greater fulfillment and meaning to everything we do.

There are many reasons I believe this, but I’ll cover only the main ones today. First, we are all taught by our faiths that service to others is crucial to spiritual growth. Second, my father served as an excellent example of service to others, and some of that actually rubbed off on me.

I was raised in the Methodist church, but have also spent decades studying other life ways, including (but not limited to) Buddhism, Islam, Hinduism and the indigenous cultures of most continents. Now an ordained minister – in addition to everything else I do! – my personal ministry focuses in part on service to others as a means of spiritual growth. I have found the call to service in each of the ways I have studied. And, as I said to my friend, “Jesus was all over it!” Jesus called us all to always seek ways to serve others, and his entire life was an example to be studied, and mirrored.

Obviously, we cannot imitate Jesus’ supreme act of service, but that wasn’t his only example. He did many things, not a few of them seemingly small, yet filled with love and compassion for “the least” of us. I think it was those small things Mother Theresa considered when she said, “We cannot all do great things, but we can do small things with great love.” Each day, we have numerous opportunities to do small things with great love, even if it’s to offer a cheerful smile to a busy clerk at our morning coffee stop, or a helping hand to an overburdened coworker. Simply allowing another driver into your lane during rush hour is a small act of kindness that adds positive energy to that driver’s day, as well as your own.

I have studied the Native American nations for decades, especially my own nation, the Cherokee. Although each nation is different in many ways from all others, there is one thing they all shared. They all were based on the concept that the best life was one lived in service to others, and to the community as a whole. Their child-rearing philosophy was geared toward teaching children from an early age that serving the community was to be respected, that it was required if one hoped to lead in any form. This made a huge impact on me, especially because I had learned many of the same things from my father. 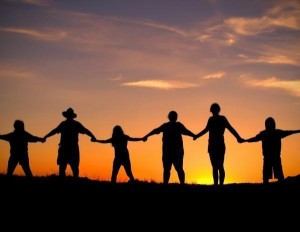 Dad was a true servant, and one of the best Christians I’ve ever known. He didn’t talk about his faith much at all. In fact, he would often steer a conversation away from faith, because he felt that such conversations were often rooted in self-aggrandizement – something that Jesus spoke against. He also had friends from many different cultures and therefore had been exposed to many of the world’s religions. Rather than focusing on the differences between those faiths and his own, he concentrated on the similarities, learning what he could from them, then applying that knowledge to how he lived his life.

Most of all, Dad did his best to serve. Whether in the military, his later civilian career, or in his personal life, Dad actively sought ways to serve others. He taught me that doing so felt good, because doing good can’t help but make you feel good – about yourself, about others, about life.

Robert Greenleaf said that the full-on servant-leader was called to serve first. It was the natural desire to find greater ways to serve that led the servant-leader to lead. Again, it’s a service above all mindset. When I first learned of Greenleaf’s philosophy, it was this particular point that drew me in. My father’s teachings, and those of my faith had well prepared me to accept Greenleaf’s point of view.

This is why I serve. This is why I actively seek more ways to serve. And I believe it is also why I am so fulfilled. Even when times have been toughest, I have always felt a deep sense of fulfillment. Because I exist to serve.

May God bless you with the desire to serve,

This post was reprinted from Servant-Leadership Solutions with the permission of the author.